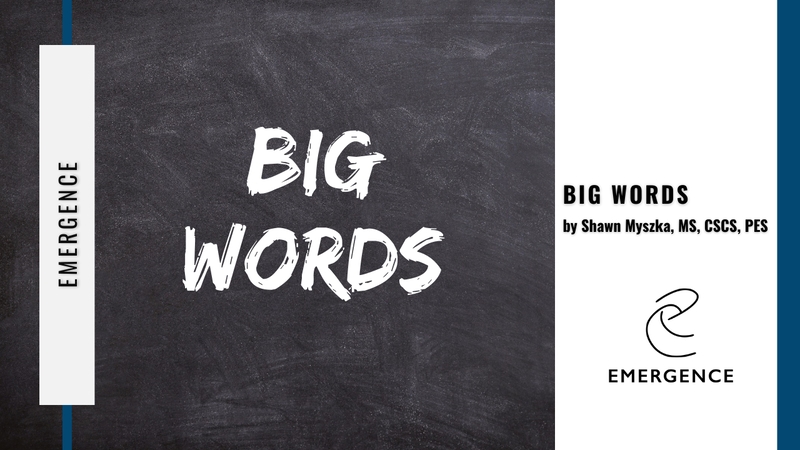 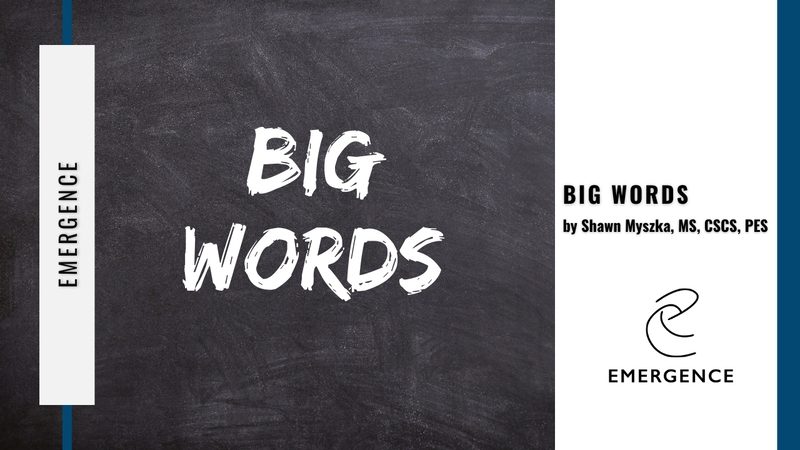 I remember sitting in attendance at the Sport Movement Skill Conference in 2019 (an event I have hosted each of the last three years) and, like clockwork, each presenter and thought leader in attendance who were not in favor of utilizing an Ecological Dynamics framework seemed to continually rehash a recurring rhetoric which usually involved a similar argument created established by two main points:

1. Those advocating for an Ecological Dynamics point of view are making sport movement behavior more complex than it needs to be (both in regards to explanations of motor control as well as how the process of motor learning/skill acquisition should be undertaken).

2. Why do those in Ecological Dynamics feel the need to use all of these big or foreign words? “They must be hiding behind all of those words to try to feel smarter than everyone else.” Thus, these terms and ideas certainly have to be unnecessary.

Because of this overall stance, it led these individuals to propose that many of the concepts which form an Ecological Dynamics framework just isn’t as needed and/or isn’t adding as much value as those within EcoD believe that they are.

Let me be quite frank here – I feel as though anyone who fits in this camp, while utilizing those arguments above, are being flat-out lazy when it comes to furthering their understanding of sport movement skill. So, refusing to succumb to the pressure and just oblige to those on the ‘other side’ without any semblance of a fight, let me clap back for a moment here.

We are all trying to get closer each day in understanding the most pertinent ideas for investigating movement behavior. We (within EcoD) do not profess to have all of the answers. In fact, we have more questions than answers! Yet, I firmly believe that the questions that we are asking, because of the scope that our theoretical lens allows us to see movement behavior through, is getting us closer than we were when we refused to open our minds and step away from some of the more traditional, often dogmatic ways of viewing movement skill.

Next, though some refuse to believe it, sport movement IS more complex than it is often presented to being. Systems, nonlinearity, emergence, constraints, and self-organization are all realities of human movement behavior and though they messy the waters a bit, they are necessary for us as Sport Movement Specialists to investigate, explore, and use in explaining what is unfolding in the dynamic, chaotic world of sport.

Second, to those who say that the novel or unfamiliar words aren’t needed…words like affordances, attunement, degeneracy, and a whole host of others that leaves a crowd of traditional thinkers flustered…yes, they can sometimes be confusing and even daunting to use and unpack, it does not mean that we should rid our vocabulary of them. In fact, once you elect to empty your cup a bit, learn what each of those terms and their related concepts mean at a basic level, and then start to chew on the words as part of your language, you will actually find that they are quite necessary to us as Sport Movement Specialists; in fact, they will allow you to see movement behavior in sport in a completely new light.

To add fuel to this fire, I find it almost comical that people are so resistant to learning new words or concepts which could offer great meaning to one’s craft, especially when it’s these same individuals who have no qualms about learning or using jargon-filled words that have become common nomenclature in the athletic performance community. Just think about it, once you immerse yourself in any community, what topics those within the community talk about, and the ways that they talk about them, will almost certainly be foreign to you unless you choose to dive in and figure out what it all means.

And that’s the thing: these words have been used in movement science for decades. Now, just because they are first starting to infiltrate our collective performance community, and they also may represent topics which challenge your preconceived notions or dogmas, doesn’t mean you should resist learning them. In doing so, you could very well be also missing out on the tremendous value that their related concepts could add to your lens.

That all being said though, I don’t want to be one to present criticisms without offering any sort of potential solution. This is precisely why Emergence was formed as a movement skill education company in the summer of 2019. Myself, along with four other highly passionate individuals who truly believe in the value of some of these ideas came together as a system of component parts to lock arms in sharing some of these ideas with the world. We have put them to use in our own practical work with athletes for years, and because we have been inspired by many thought leaders in the movement community who have come before, we felt as though it was necessary to try to bring some clarity to these ideas by furthering the discussion around them.

That all said though, if some of these ideas intrigue you, we have put together a new mini-course entitled ‘Ecological Dynamics for Dummies’ as a means of assisting and facilitating a deeper conceptual lens for understanding movement behavior in a simpler, more concise, introductory step for Movement Professionals of all kinds. Our hope is that after interacting with the content there, you will be less apprehensive when you hear someone utter some of these ‘big words’ within an Ecological Dynamics framework and, instead, help you choose to accept the reality of the complexity of sport movement behavior.

It should be said, that even before the team at Emergence put together this content, there were resources which we dove deep into ourselves personally, written by many of the thought leaders who became giants in the field by pioneering work related to these concepts, which helped set-us on our way. Here are just a few of them that could get you started on our path!