Bridging the Gap Between Return-to-Play and Performance 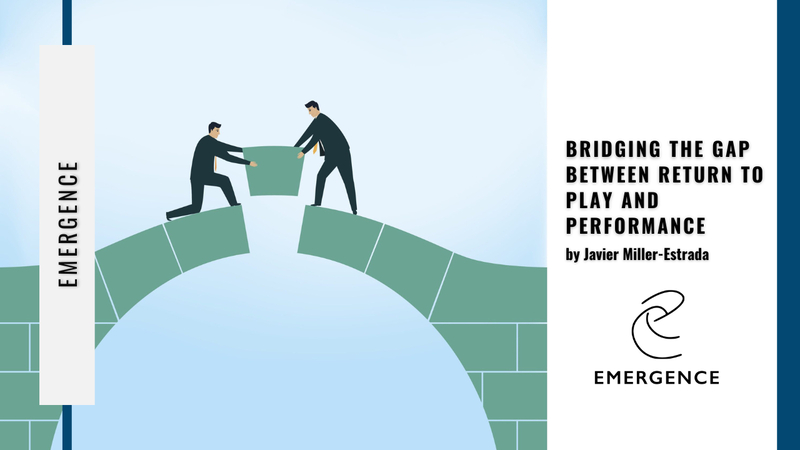 Despite the advancements in science and rehab protocols, ACL re-tears occur at an alarmingly high rate. Reportedly ranging from 9-31% depending on various factors, the occurrence of re-tears is far too common given the advancements made in both surgical and therapeutic interventions (Paterno, 2015). To make matters worse, in the patients who have experienced a second ACL injury, 30.4% experienced re-injury/re-tear in fewer than 20 athlete exposures after return to sports (Paterno, 2015). It’s clear that something is missing.

This article isn’t meant to be an in-depth analysis of ACL injuries, but rather to illuminate and investigate some of the current deficiencies in the return-to-play (RTP) process. There is a significant “gap” between performing the tasks required in therapy and the ones athletes must perform in their sport. For those of you who have sustained an injury yourself, or worked with an athlete who has, then you have likely experienced this gap firsthand. The question then becomes, how do we successfully transition the athlete from the controlled environment of rehab to the complex, and often chaotic environment of sport?

What is Typically Addressed During RTP

The current lens through which RTP is viewed, is heavily slanted towards a model that emphasizes “ideal” biomechanics, symmetry, and stability. At first glance, an athlete who appears to have checked all the boxes, and passed all the traditional RTP tests,  is “ready” to return to sport. However, are they truly ready to return to sport? When viewed through an ecological lens, more often than not, the answer is a resounding “no”.

Typically, in rehab, there is an emphasis placed on the development of motor system qualities, often neglecting the “whole” athlete and the performer-environment relationship. Qualities such as stability, technique, and limb symmetry are often emphasized, but there is little to no priority placed on developing relevant perception-action couplings, and perceptual attunement (Michaels & Jacobs, 2007).  In 1979, Gibson famously stated, “we must perceive in order to move, but we must also move in order to perceive” (p. 223).” Meaning, we must consider their complete movement problem-solving process and analyze the performer-environment relationship in context if we are going to truly understand where the athlete is in the RTP process.  As many have said previously, context shapes content.

In addition, rehab exercises are often done in a repetition after repetition manner, with explicit instruction, usually performed in an environment with minimal to zero relevant information needed to solve problems within sport.  For example, typical RTP agility drills consist of ladders, T-tests, pro-agility, hop tests, or other pre-planned exercises. As you can imagine, these drills bear little resemblance to anything that will be demanded of the athlete in sport.

If an outside hitter in volleyball is learning to land safely in a rehab setting through continually executing the same “ideal” landing pattern in a rep after rep fashion, what happens when she returns to sport and is required to land in a multitude of ways – often after jumping to hit or block the ball in traffic, with her attentional focus being on the task rather than her own body.

Or consider an American football running back working on executing a power cut around a cone.  His biomechanics may look great in isolation, but what happens when he has to execute that same cut with a defender in front of him (e.g., in response to the movement behaviors of the defender’s tackle attempt)? He must be able to judge interpersonal distance and use that specifying information to determine when, where, and how to cut. Wouldn’t it be important for these athletes to execute movements and solve problems under similar conditions that they perform in?

Bernstein’s Degrees of Freedom Problem is commonly referenced when discussing joint range of motion and usually viewed purely from a biomechanical and kinematic perspective (Bernstein, 1967). However, rarely discussed is how cognitive and perceptual degrees of freedom can be frozen, as well (e.g., a fixed education of attention and intention). Consider the psychology of a soccer player returning to the pitch for a match for the first time since their injury.  Imagine the impact that stress, anxiety, fatigue, and fear of reinjury could potentially have on their perceptual and cognitive degrees of freedom. It’s very easy to imagine them becoming fixed and frozen in their movements as the gap in complexity, from a rehab setting to the soccer pitch, is too vast for their movement system to handle. As a practitioner, are there ways you could introduce some of this type of information that they might experience in competition during their training sessions? Instead of training in an isolated, decontextualized environment, could you allow the athletes to experience slices of the game (Yearby et al., 2022) before returning to full competition?

As mentioned previously, typical RTP drills are often done in a rote repetition manner where the athlete attempts to perform each rep with perfect technique. The goal is often to perfect one “ideal” solution that the athlete can then rely upon.  However, what happens when the athlete faces a problem that requires a different, or possibly even a novel, movement solution? As the athlete progresses, they can become over-reliant on that highly stable movement solution. This can lead to them becoming perceptually “fixed,” limiting their ability to even perceive opportunities to move differently. In American Football, this could manifest in an athlete only cutting off their non-injured leg during competition, or becoming fearful of executing a given move, to avoid placing additional stress on their knee. In essence, these potential solutions can become “closed off” to our athletes. Our goal for our athletes should be to have an abundance of movement solutions to various problems under varying conditions, rather than chasing the goal of having one stable solution.

Skill is Not Static

There tends to be a prevailing thought that skill is something that an athlete acquires and holds onto in perpetuity. In 2011, Araújo and Davids stated, “Skill acquisition may not refer to an entity, but rather to the emergence of an adaptive, functional relationship between an organism and its environment.” This refined definition insinuates that skill is ever-changing, not static, and dependent on the context in which the relationship is taking place. When considering the typical conditions and environment of RTP then, it becomes clear that the athlete is far removed from the context that helps shape their skill. The phrase “it’s just like riding a bike” is often used when referring to an athlete “regaining skill,” as if somehow that skill re-emerges after a few training exposures. In order for an athlete to truly “regain” their skill, they should face movement problems where the athlete can develop relevant perception-action couplings within task constraints that bear some resemblance to the problems they will face in their sport. To take it a step further, perhaps the practitioner’s goal should not be to have their athletes regain previous skill levels, but rather to allow them to adapt to their new present set of individual constraints.

As practitioners, understanding the nature of the athlete’s environment is key. How can we allow them to experience elements of their performance environment in RTP? If the athlete plays a dynamic sport with complex and variable interactions, such as rugby, football, soccer, or basketball, then it is unlikely that the environment of a typical rehab setting will allow them to functionally adapt their skill. Examples of this could be, having the athlete perform a portion of their RTP on varying field conditions, exposing them to some level of contact, introducing fatigue, and/or allowing them to interact with other athletes during agility tasks. These elements could prove to be key in the quest to adapt their skills post-injury.

Calls to Action for Practitioners

I’m sure many of you who have read this post have questions, concerns, or maybe even disagreements with what I’ve written, and that’s totally fine. Discourse is at the heart of growth! However, as practitioners, it is paramount that we attempt to place ourselves in the perspective of the athletes that are in our care. As the saying goes, we must “walk a mile” in our athletes’ shoes.  When we do that and truly consider the dynamics of the problems that they face in sport, then it’s hard to contend that traditional means of rehabilitation adequately prepare them for successful reintegration into the sport. It is possible to avoid some of these problems, but whether we like it or not, our athletes will be required to face them. I’d rather have them face these types of problems under the eye of a skillful movement coach.

I’m not calling for a complete overhaul of the rehab or physical therapy system.  What I am calling for is for us to view injury (and the RTP process too) as an ecological event. One in which our athletes are affected in ways beyond just loss of muscle or range of motion. What I’m calling for is a more integrated approach in which some of these concepts we have discussed today are uti​​lized as our athletes’ attempt to get back to doing what they love. I believe that if we do that, then we can begin to bridge the gap between return to play and performance. 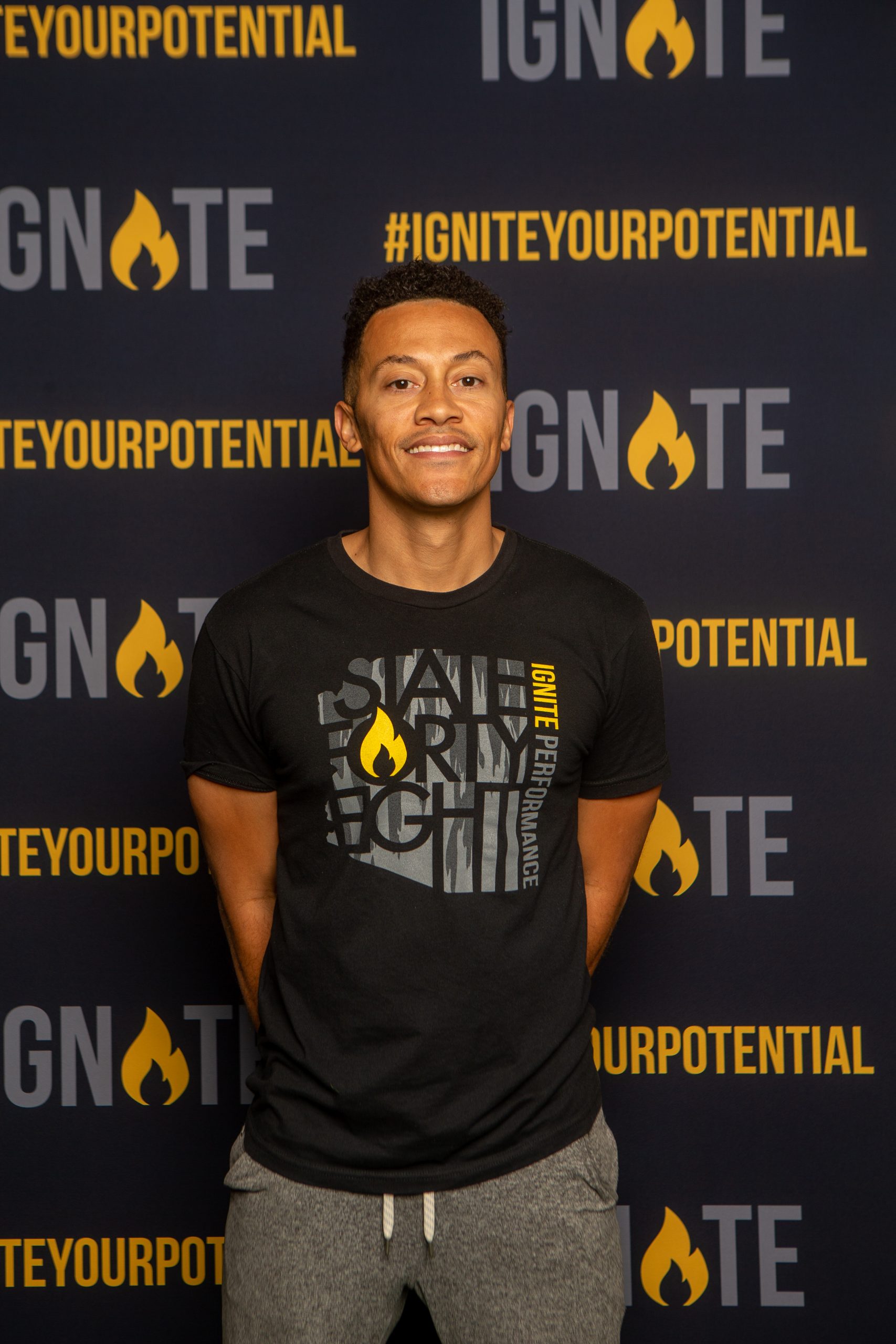 Javi is the co-founder of Ignite Performance in Chandler, AZ. Ignite is one of the premier training facilities in the region.  Ignite works with athletes from the youth to professional levels, and specializes in developing High School athletes.   As a team, they have helped over 100 athletes obtain college scholarships.

Javi also is the host of the Athlete Blueprint Podcast which focuses its content on athletic development.  Topics on the show range from skill acquisition, nutrition, to sports psychology.