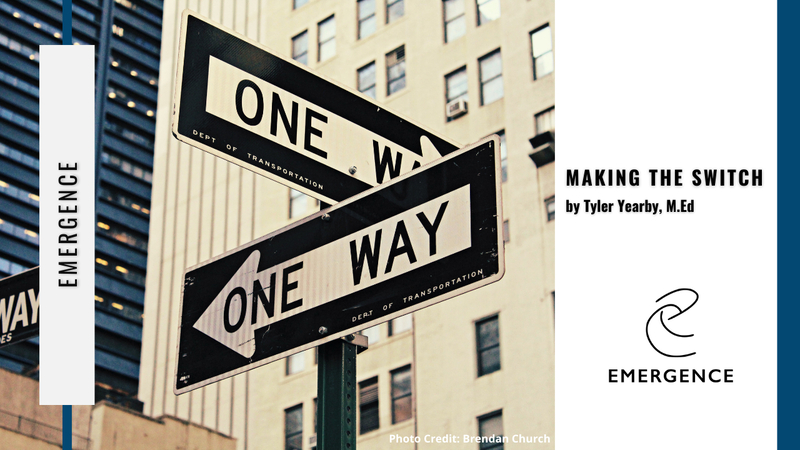 It was 2012, and I was in my 2nd year at the University of Minnesota (6th year in the industry). I was delighted to be involved with the development of over a hundred young men on the Minnesota Golden Gopher football team. Our staff, like many others, was devoted to increasing the athletic potential of the Gopher football players. When you are playing in one of the five largest conferences in the National Collegiate Athletic Association (NCAA), the stakes are very high, and winning is at a premium. For those of you who are familiar with NCAA football, you know about (or ‘of’ – joke for the Gibsonian folks out there) the pageantry of American football.

I was early in my career and constantly looking for ways to develop my abilities (as coaches always should) as a strength & conditioning coach. Along with a few of my colleagues (I’m looking at you Dustin Perry and Shea Thompson!), we would spend countless hours after the workday ended; reading, designing programs, Skype calls with other professionals, discussing how to make guys stronger, faster, etc. It was a beautiful thing, and I loved every minute of it! The time I spent at the University of Minnesota (3 years) truly shaped the coach I am today. My Form of Life has changed substantially over the past eight years, but let’s take a look at the first major turning point in my career.

Looking back, I was a technical model or one-size-fits-all type coach. Now, in our staffs’ defense, we were certainly helping our players become a better version of themselves, both on the field and in the weight room. However, like I always do, I asked myself, “how can I become a better coach?” After all, if we are going to step into the learning space, then we better bring value.

I would like to steer our conversion towards on-field development. Essentially, the speed and agility development. I realized rather quickly our speed and agility drills consisted primarily of linear speed sprinting found in track and field (note: American football is a different sport than track and field) and change-of-direction speed drills, which Sheppard and Young (2006) described as a change of direction task that is pre-planned.

I started to think about the game of football on an even deeper level in 2012, and I realized that we were missing something. Actually, we were missing quite a bit. Those of you who know me have heard my bridge analogy. If strength and conditioning coaches (along with the entire support staff) are on one side of the bridge, and we are trying to prepare the athletes to succeed on the other side (which is the sport), are we doing them a favor by only focusing on their physical qualities, while neglecting the intertwined relations between perception, action, and cognition?

If we neglect the intertwined relations between perception, action, and cognition, then I believe they will enter training camp (and the season) as an athlete of mine says, “perceptually rusty.” In my opinion, it is our job to help guide the athletes further along the bridge. I remember reading a quote in Supertraining, where Yuri Verkhoshansky (2009) said, “Sport then becomes a problem-solving activity in which movements are used to produce the necessary solutions.”

The description of sports was very different from anything else I had ever read. I sat back in my chair and scratched my head. If sport is a problem-solving activity, then why are our athletes never solving any problems in training? The statement from Supertraining drastically influenced how I started to view sport movement behavior.

From 2012-2017, it was a slow transition to a more athlete-centered and ecologically friendly approach to coaching, because I couldn’t let go of the control I had whenever I was coaching their every movement. However, when I finally started to view myself as a problem designer and really accepted my role as a guide, rather than the bearer of all truth, the flood gates opened.

Making the switch can be hard, but it doesn’t have to occur all at once. I encourage anyone who is interested in the ideas that form an ecological dynamics framework to pick up our foundational course ‘Underpinnings’ or the more bite-sized version ‘Ecological Dynamics for Dummies.’ In addition to picking up a course, which is 25% off until August 21, 2020, I encourage you to read our entire blog series. Specifically, ‘Beyond A One-Size-Fits-All Approach to Coaching’ and ‘Starting Small With Constraint Manipulation.’

To conclude, I would like you to ask yourself these five questions.