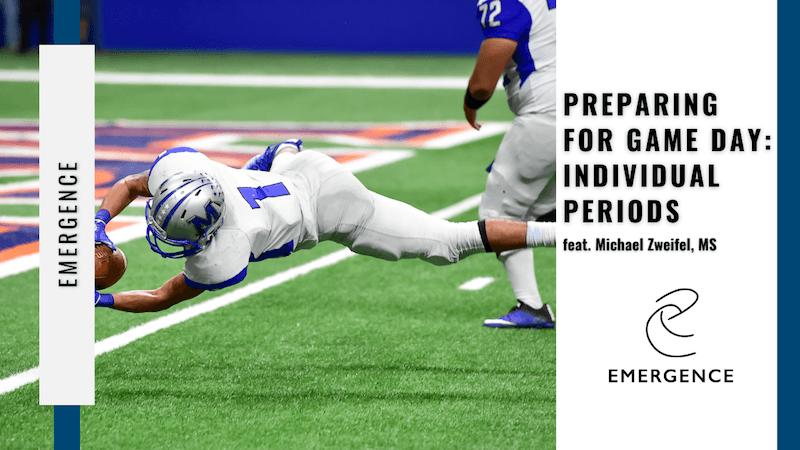 “Skills transfer, drills do not.”

Welcome back to the ‘Preparing for Game Day’ series. For those who missed my first installment (Check it out here), I examined ways teams could improve upon their warm-ups by using a more ecological approach. I would encourage you to give part one a quick read, as it sets the stage for the series. Today, I am going to dive into another component of preparation that typically leaves a lot to be desired: the individual (indy) period.

Indy periods consist of each position group working with their position coach on individual drills meant to enhance techniques and fundamentals that are specific to their position. The indy period is viewed as an opportunity to build a technical/fundamental base that will allow players to be more successful during group/team activities. Indy period is vital because it is easier to focus on position-specific needs and skill development while removed from team/large group periods. Ideally, coaches should use this period to create opportunities for players to interact with specific information and problems they’ll encounter in full team periods. This time should also present a chance to encourage the exploration and creation of new, authentic, and adaptive movement solutions that will enhance their ability to solve the various problems they are likely to face in competition.

First, these periods commonly consist of coaches trying to make each athlete the exact same. They drill the same techniques, the same “footwork”, and the same movements into their athletes hoping to provide them with a set of streamlined movement solutions. This effort to give every player the same “playbook” of skill actually reduces much of the positive variability naturally inherent in many athletes.

If you look at the best players in football, they possess different technical execution and movement signatures based on their strengths, weaknesses, intentions, etc. We shouldn’t try to make every athlete on our team look the same, use a certain technique that we deem as best, or try to make them behave like other successful players. Athletes should be encouraged to explore different techniques in order to find what is authentic and works for them in each and every problem they face.

Movement variability is NOT detrimental or a reflection of inconsistency, RATHER a key sign of adaptability and dexterity. Indy periods should aim to enhance and expand functional variability, not limit it.

The second area of opportunity for indy periods is predicated upon the idea of developing or acquiring technique. Coaches tend to think the drills they are running their athletes through will create a permanent movement program that is stored somewhere in the brain and later “downloaded” for use in competition. One huge misstep with this thought process is that these drills typically decouple technique from the task/context. All the information that guides an athlete’s movement in competition is removed in all of these drills. We as coaches need to start thinking of technique as being linked to a specific context, not something that can be developed in isolation. Technique is skill applied in the environment and is coupled to the information available for pick up in a given task. This means it isn’t absolute or permanent and it varies depending on the context in which a movement/skill is being executed.

Here are some commonly used indy drills that have little to no relevant information available for the athlete to pick up:

The list goes on and on. There are so many fake fundamentals coached during this period that don’t actually enhance an athlete’s skill adaptation and problem-solving ability. I would like to challenge coaches to begin truly evaluating if the skills they’re trying to drill into their players are actually showing up on game day, or if they’re just doing things a certain way because it’s the way they’ve always done it.

In the video below, you’ll find game clips mixed in with some practice clips. While watching, I want you to think about which activities are actually enhancing skill and encouraging learning in a manner that will show up on game day, and which ones are drilling irrelevant movement.

Indy periods are a great starting place for coaches to build skills, not drills.

Skills transfer, drills do not.

My challenge for coaches moving forward:

Instead of developing a library of pointless drills and randomly plugging in a different one each day, start developing indy sessions that seek to enhance skill adaptation based on things like:

-individual needs (this should be based on feedback from peers, coaches, and the individual)

This is not an exhaustive list, but hopefully you can see what I’m eluding to. The activities/environments you cultivate should seek to maintain key information sources that will most likely be available in competition. Additionally, you should manipulate task constraints to facilitate a functional interaction between the athlete and the environment. The relationship between the athlete and the environment is the foundation of skill adaptation, and indy periods should aim to enhance it. 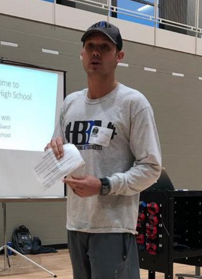 Master of Education (M.S.) in Kinesiology, University of Texas at Tyler