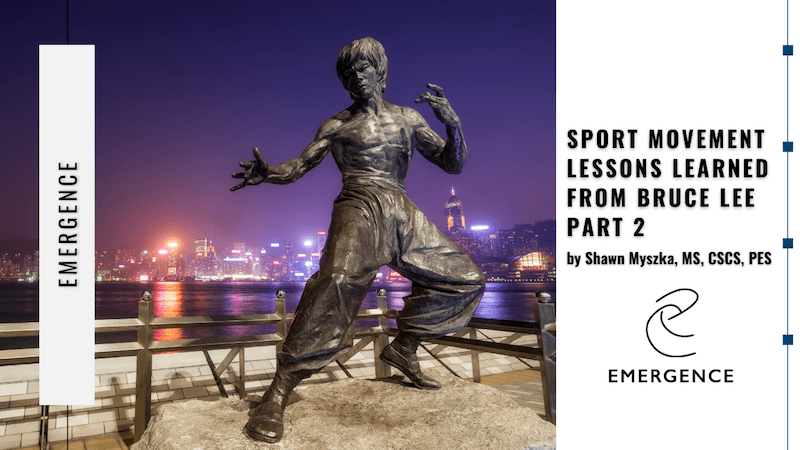 Research Your Own Experience

Picking up where we left off in Part 1, which focused on the guiding mantra of Jeet Kune Do (JKD), Using No Way As Way, today we will discuss an ever-famous quote of Bruce Lee as our springboard.

“Research your own experience. Absorb what is useful, reject what is useless, add what is essentially your own.”

In fact, I feel this statement is so imperative to embrace, that I use it in every single presentation I give for groups (sometimes to begin, sometimes to end). At this time, I would encourage you to go back up and re-read the quote at least once more. Slowly allow the words to come out of your mouth. After completing it, close your eyes and briefly meditate upon what this idea means to you.

Quite simply, in the movement skill community, too often I witness professionals of all kinds (coaches, theoreticians, researchers, academics, etc) blindly follow the work of some other individual in the field and/or do what most have always done, simply because that’s the way that they’ve always done it. To make matters worse, so few are willing to question what their fellow ‘authorities’ have to say about a respective topic and/or are apprehensive to deviate away from the ideas of others at risk of doing something that may go down a path less commonly traveled.

Bruce Lee strongly felt that each of our experiences matter! And each of our thoughts and ideas matter too! As we learned last time in Part 1, Lee did not feel as though any style or system should supersede the creative juices of the artist themselves.

There are many examples as to how Bruce Lee applied this practically within his craft.

For starters, as we briefly discussed last time, the height of Bruce Lee’s movement skill-set was formed around the idea that no one style held all of the answers. Instead, it was imperative that any martial artist preparing to get in a fight should, as he said, “Take it from any place that you can find it.” Or, in other words, absorb what is useful.

This was the reason that after his fight with Wong Jack Man (where Bruce Lee felt as though he should have been able to dispose of his opponent more quickly and efficiently than he had), Bruce Lee began to expand his approach beyond his traditional Wing Chun methods to find ways to expand his skill-set through the adoption of techniques and strategies from other combat sports (fencing, boxing, wrestling, and various other martial arts disciplines) and even other activities entirely (like cha-cha dancing and weight training).

If we take the time to think about the implications that this quote and the ideas which underpin it bring, we should easily be able to find some connections for ways to go about evolving our craft. However, it’s imperative that we bring immediate practical applications in these blogs so I want to offer at least a few tips to get you started:

In Part 1 of this series highlighting some of the sport movement lessons learned from Bruce Lee, I explored why we, as practitioners and movement professionals, should ‘use no way as way.’ Now, in Part 2, I expanded upon that idea by taking it another step further, when discussing potential benefits that we (and our athletes) could realize if we trust ourselves in the learning process and expand ourselves beyond the confines of our comfortable ways of thinking. In Part 3, we will bring things full circle and show why Bruce Lee was one of the first to be shifting the paradigm to alive movement problem-solving.

Are you looking for practical ways of injecting some creativity in your movement skill sessions by opening up the freedom of your athletes by allowing them to explore during your warm-ups/movement preparation periods or while spending time in the weight room? Or maybe you work with younger athletes who you would like to gain a vast array of movement skills to interact with a wide variety of problems/tasks right from the start. Well, if so, I would highly recommend you checking out either one of these courses from our team at Emergence!

Approaching the Weight Room from an Ecological Dynamics Perspective