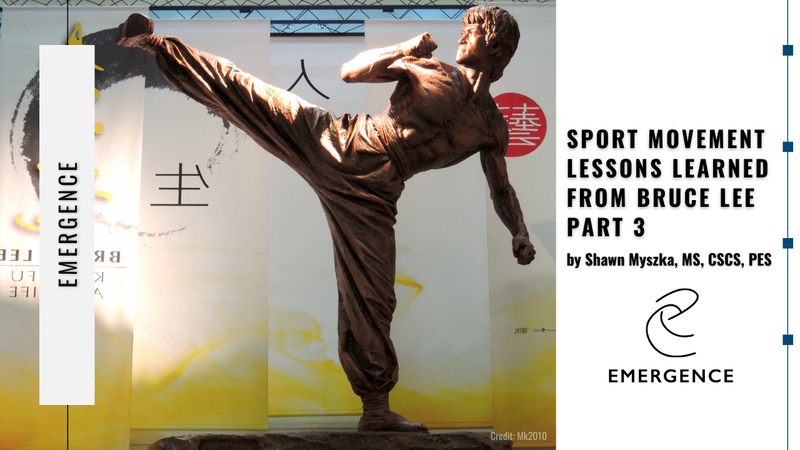 If you follow enough sport or performance coaches on social media, you probably know that there’s one Bruce Lee statement which reigns supreme in its continual use across those who promote an adherence to the most deliberate of practice.

This quote is, by far, not only one of Lee’s most famous, but it’s also a statement that I actually often hear offered as a rebuttal to the efficacy of some of the core ideas portrayed in my own approach, namely movement variability (and repetition without repetition), creativity and exploration, and the use of representative task design (which would inherently involve more variability, creativity, and exploration within the training and practice setting).

I mean, at its core, the quote essentially takes a stand for the development of technical proficiency through rote repetition (e.g., technical perfection through the accumulation of LOTS of repetitions). Thus, I can see why people try to use Bruce Lee’s thoughts and ideas against me through that quote.

However, if he did utter this statement (yes, IF…because, I don’t actually recall ever coming across this quote in his own writing or explicit words), this is one of the few times that I would argue directly with Bruce Lee…in fact, I would personally say he got it completely wrong.

For starters, based on many of the ideas already offered in the quotes shared in Part 1 and Part 2 of this short series, I would say if we were to play a ‘which of these things is not like the other?’ game, the quote above would quickly stand out as being highly contradictory. Even compare it to the main mantra of his art of Jeet Kune Do (‘To use no way as way’), and I think we will see that something could be astray here.

Thus, for years, I have said that I feel as though the quote should be tweaked and highly modified to something like…

Ironically enough, my friend Rafe Kelley, who is a wicked smart movement thinker (and also a highly skilled mover at that…not to mention an avid martial artist too), posed a very similar thought in his wonderful presentation at the 2021 Sport Movement Skill Conference (if you missed SMSC ‘21 pick it up here!).

Though I am taking some liberty in my modifications above, I strongly feel as though the adjusted quote would actually fall more closely in line with Bruce Lee’s thoughts. What makes me so sure? Well, let’s raise the stakes with a few additional quotes from Bruce Lee where it’s easy to feel and understand what his Form of Life (his thoughts, ideas, beliefs, and behaviors) really is. And, from those words, we can actually begin to shape our own Form of Life when it comes to movement behavior and skill.

2. “A fighter cannot use the same actions against every opponent. A good man should vary his game with simple and complex attacks and counterattacks with changes of distance, etc.”

4. “A martial artist who drills exclusively to a set pattern of combat is losing his freedom. He is actually becoming a slave to a choice pattern and feels the pattern is the real thing.”

5. “Remember, actual sparring is the ultimate, and the training is only a means towards this.”

6. “The combatant should be alive in sparring, throwing punches and kicks from all angles, and should not be a co-operative robot. Like water, sparring should be formless.”

7. “To know oneself is to study oneself in action with another person.”

8. “JKD favors formlessness so that it can assume all forms and since JKD has no style, it can fit in with all styles. As a result, JKD uses all ways and is bound by none, and likewise, uses any techniques or means which serve its end.”

9. “Forms are vain repetitions which offer an orderly and beautiful escape from self-knowledge with an alive opponent.”

If you are someone who likes to utter the ‘one kick 10,000 times’ quote, and maybe utilize it to help justify why you are having the athletes you work with repeat certain movement actions out of context (e.g., not in relation to an opponent and/or an alive environment), can you honestly read the words in any of these quotes from Bruce Lee above and get the sense that he is backing you up in your fight?

Honestly, I think it’s absolutely clear that Bruce Lee was an advocate for information-movement coupling, movement variability and creativity, as well as representative task design in the form of ‘alive’ movement problems (e.g., sparring).

Now, I am NOT saying that Bruce Lee never used training modalities like a heavy bag or speed bag, or didn’t practice in less alive settings such as during shadow boxing – in fact, he almost certainly did – in the same way that I (or most who adhere to an ecologically-based approach) am not advocating that only representative tasks should ever be utilized in training. However, one could hypothesize that this was done to potentially increase the efficiency and effectiveness of the practiced motor actions (e.g., various punches or kicks, etc) – or, in ecological terms, the action capabilities or effectivities.

What I am saying can really be summarized as: Bruce Lee believed that (similar to that of Nikolai Bernstein and numerous other movement giants) movement skill (e.g., dexterity), is really only represented while one is immersed in the solving of alive movement problems in real-time, where unexpectedness and surprises run rampant, requiring the athlete/artist to flexibly adjust and coordinate their actions in relation to the opportunities presented there (e.g., to become one with the peculiar problems of one’s world).

Being that the theme was ‘Adaptability,’ the entire topic around this quote (not only in Rafe’s presentation but also during several others including my own) was featured numerous times at the 2021 Sport Movement Skill Conference held on May 20th through the 23rd. In fact, to say we chased more than a few rabbits deep down the hole of adaptability in movement skill performance and acquisition would be putting it lightly.

If you weren’t one of the passionate movement professionals in virtual attendance at the SMSC ‘21 back in May, you’re still in luck because you can still interact with the content provided there and engage yourself in the discussions after the fact…made possible now through the team at Emergence who served as the educational partner of the event! That’s right – you can pick up the videos from all of the tremendous sessions delivered by some of the top movement coaches and thinkers in the world RIGHT HERE, RIGHT NOW! 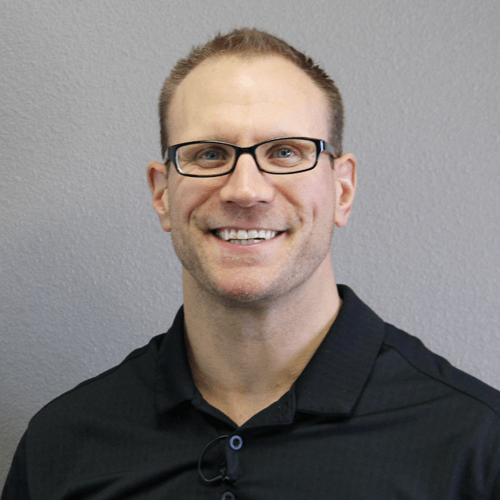