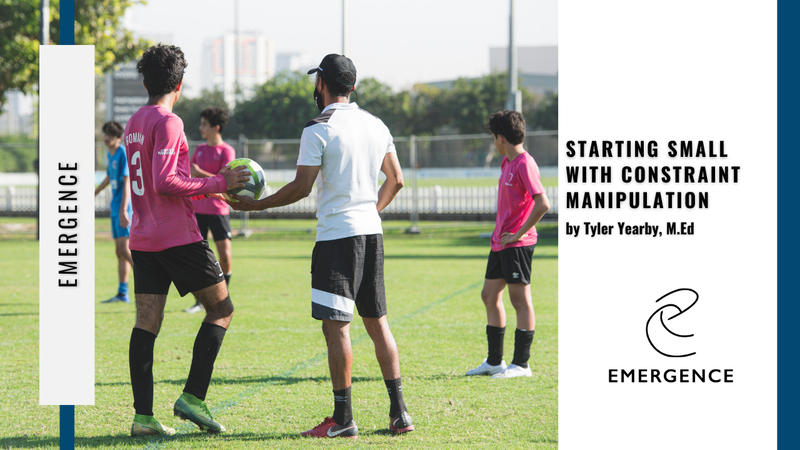 Change is hard. Sometimes it seems like a tremendous undertaking to shift your approach to coaching even when you know it is needed. A couple of the main questions I get about implementing an ecologically friendly approach to training are, “Where do I start?” or “How much needs to change?” The truth is, it doesn’t need to be earth-shattering to get the ball rolling. Quite frankly, it might even be better to start slowly, because it allows you to keep the variables low at the beginning, which will likely give you a better idea of what is working. One thing we have to remember is decision-making is an emergent behavior (Araújo et al., 2006). As the individual moves with respect to his/her surroundings, there are opportunities for action (affordances, Gibson, 79’) that emerge and decay, even though the surroundings remain the same. Changes in action can give rise to multiple opportunities for subsequent action as information is exchanged between the athlete-environment interactions.

So what does this mean?

It means that movement behavior is always dependent on the circumstances, and a small change to a movement problem can lead to big changes to the movement solution.

At Emergence, you often hear us say, try changing one thing in the practice design. The following list is by no means exhaustive, and every situation is unique because of the confluence of the constraints, but hopefully, this gives you an idea of what could be done.

Another key takeaway that is often forgotten is that instructions and guidance are constraints. So the amount, timing, and what is said are impactful. Words can be used to educate their attention and intention, which undoubtedly shapes how they interact with the world. It’s important to remember that the athletes perceive invitations based on their own action capabilities, so their insight for practice design is very helpful. Including the athlete’s ideas in training is a simple shift towards a more athlete-centered approach.

In conclusion, movement practice can essentially be viewed as a ‘search process’ where the athlete will interact with the contextual problems found in their environment and aim to explore, discover, and ultimately exploit, various ways to organize perceptions, intentions, & actions to solve them.